An inspirational story for these times. 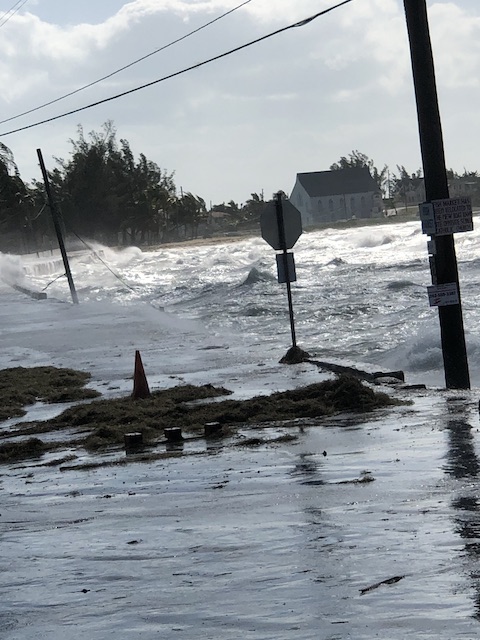 This week along with general news of what is happening in Eleuthera I want to bring your attention to an inspirational story for these times. You may have heard of Captain Sir Tom Moore – a small but remarkable English man – but if you have not it doesn’t matter because today you will read about an inspirational and heroic man.

Sir Tom – as I will refer to him as – decided during the first lockdown in the UK – that he wanted to raise a thousand pounds for the National Health Service in the UK by walking 100 laps of his daughter’s garden in 10 days – before his 100th birthday. Bear in mind that he was a fairly frail man who walked using a walking frame.

His family contacted the local media to give him some publicity. It caught the public’s imagination and within 4 days he had reached his target of one thousand pounds. Within 8 days he had raised over one million pounds and his final total was nearly 33 million pounds ! Quite astounding don’t you think ?

Do take a minute and click on this link to read the full story . He was knighted – personally – by the Queen in July and also and bizarrely had a number one hit single in late April with his version of the song ‘You’ll never walk alone ‘ with Michael Ball. Of course this was written by Oscar Hammerstein for the musical Carousel in 1945.

He was a man who inspired the whole nation at a time when it was really needed and he died this week from a combination of pneumonia and Covid. This was a life well lived and his death although sad somehow has a resonance that this is the inevitable nature of life – death will come to us all – but the meaning he gave to so many people’s lives to come together for the greater good is a legacy that few people ever achieve…… And so we celebrate his life and the fact that he touched so many peoples’ lives and lifted them up at a time that was needed pretty desperately.

Thank you Captain Sir Tom Moore for your gift of courage, compassion and kindness to the world … I cannot write or read these words without tearing up – so very moving…..

OK so on a more local and prosaic note we have had a couple of cold fronts come through the islands and Tuesday was an exceptional day – gale force winds and very stormy seas made us all have a good dig into our wardrobes to find our warmest clothing ! The temperature was in the low sixties with a considerable wind chill factor. I know that sounds a bit pathetic but remember this is the Bahamas and we are not used to these lower temperatures. Most homes do not have any heating facility so it really is a question of piling on the extra layers !

When we build Sprawling Towers we will put in central AC so that we do have that heating facility when it is needed – maybe once or twice a year !

The Daybreak supply boat that comes in from Nassau was unable to dock due to the heaving seas in the harbour and had to turn around and sail back to Nassau. So no fresh supplies until Friday – hopefully…..

Other really good news is that Sands Brewery which is up and running again after being totally destroyed by Hurricane Dorian has now started producing their Radler beer – yippee all round !

At Colman Towers all our beautiful new windows are fitted and trimmed – we can open a window whenever we feel like it ! The screens are all in place so bring on those bugs ….. Our workmen did a really fabulous job – 16 windows taken out , new ones fitted and trimmed and decorated in 8 working days – I am very grateful to them all for the great work they did.

I have ordered the new blinds for where they are needed so just waiting on those, as well as the bed for the new bedroom. Looking forward to getting that room all set up – then I can ask Bob – do you want to sleep in the east wing or the west wing !!!!

The upstairs deck on 3 sides of the house – well 2 1/2 really – is refinished and looks very smart – and another project we are undertaking shortly will be stairs up to the roof deck. At the moment the only access is via the attic and it is not ideal…. More news to follow when that is underway.

Ok so here we are in February already – keep smiling and stay positive – hopefully your trip here will happen soon….

PrevWork on Colman Towers in Eleuthera
A visit to Bacchus Healthcare in Spanish Wells.Next

6 thoughts on “An inspirational story for these times.”