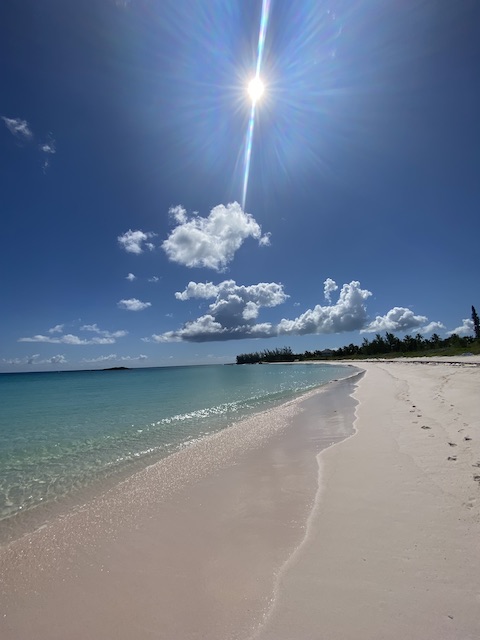 Sad news that the Queen of England – Elizabeth 2nd – died last week. Although she was 96 years old many people just expected her to live forever. Or at least until she was a hundred years old and beyond as her own mother had. But she died quietly and quickly in Balmoral Castle – one of her very favorite places to be. Much of the nation is in mourning and you don’t need me to give you all the details of what is happening – it is freely available to read in the press.

To us as a family she was a hugely respected person who truly devoted her life to service and it is the end of an era. Life does go on – but there is a place for mourning as well as celebrating her life. In recent years there has been a movement to only celebrate someone’s life after they die – but I strongly believe that mourning has a very important role in the way that we deal with death …..

Our intention is to plant a tree in her memory at Sprawling Towers as well as planting trees in remembrance of other members of our family and friends who have previously died. I have a vision of myself wandering around the garden , pausing to stop and converse with those who we have remembered. When you live an ocean away from where relatives and friends are buried I think that this is a lovely way to be able to draw them close again.

I particularly remember a good friend of ours – Michael who died 9 years ago – he said to us not long before he died – don’t forget to talk about me and say my name , and we do dear Michael. He was a funny man and faced his own death with such bravery and humor – he was an unlikely ambassador for how to die graciously but he became one of the best. Of course dear Michael will have his own tree in our garden.

The funeral will have taken place during the week before Bob and I fly to London but it will be interesting to feel the atmosphere of the place after such a momentous event.

And of course we are going to celebrate the new babies we have in the family – the cycle and circle of life goes on and we mourn the dead and take joy in the birth of new lives who will never know the monarch we had for so many years apart from learning about her in history lessons and what we speak of her.

Michael’s words come to me often and they are a wonderful way of keeping the memories fresh and alive – so speak the names of those you have lost – whether they are family , friends, or public figures and mourn as well as celebrate the place that they had in the world and the things that they did for us. 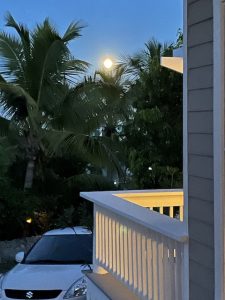 Did you manage to see the amazing Harvest moon this week ? it was spectacular here in Eleuthera – my photo does not do it justice at all but a pause in the evening to appreciate the glory of something that happens every day or rather night is something to lift the heart……

And so dear friends I say goodbye for this week – Monday is a designated Public Holiday on the day of our late Queen’s funeral so hopefully we may be able to watch some of the pomp and pageantry that will undoubtedly be a part of a very moving tribute.