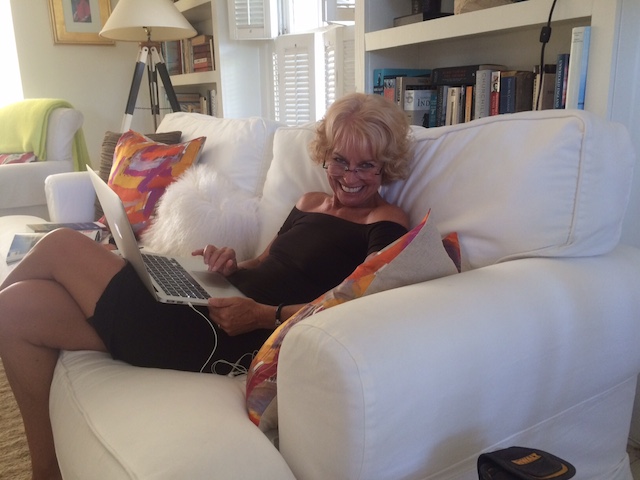 Here we are now near the end of August and the rhythm of the summer in Eleuthera is changing pace. The weather is still extremely hot and the ocean is scarily warm – never a good sign in hurricane season. At the time of writing Hurricane Erika is heading our way. We try to balance taking sensible precautions without scaremongering or panicking. Not always easy…..

We have been here for 2 hurricanes – Irene and Sandy – 2011 and 2012 respectively and neither was anything less than terrifying ! But our old house – built around 1750 – has obviously come through many hurricanes during those years, and the fact that it sways and moves with the unbelievable winds and gusts is apparently what has kept it standing – but that doesn’t stop me from thinking that maybe this time will be the worst time for it !

Anyway – making sure we are stocked up on food and plenty of drinking water along with lanterns and other necessities is what we do along with getting ready to batten down the hatches and sit tight with a good book and ride out the storm. Of course the aftermath is just as bad as the storm itself. Being without power – and for us that means running water as well – in the sweltering heat is an ordeal – but let’s hope for the best and prepare for the worst ! At least I can cook – we have gas cooktops in most of our houses…..

Speaking of a good book I want to share with you 3 good books that I have just read in quick succession. When the Moon is Low by Nadia Hashimi is the the story of an Afghan woman’s journey with her family fleeing from Afghanistan and trying to get to London. It is a heartstopping story and like all good books takes you right into the head of the characters and you get a real taste of their experiences. We all think we understand how refugees must feel – but wait until you read this !

The next one was The Girl on the Train by Paula Hawkins. This has been compared to a Hitchcock suspense story and it is ! It has also been compared to Gone Girl and I enjoyed that one as well ……

The best of the 3 for me though is All the Light We Cannot See by Anthony Doerr. This is set during the Second World War in both France and Germany and is written from the perspective of a young blind teenage French girl and a slightly older German boy who joins the Hitler youth……  I am going to read it again as I know that I rushed too fast through some of the beautiful and moving writing – the tale is so gripping that it is hard not to. This one for me to keep on our own bookshelves !

My sister Jane was here for a month – but she has gone back to England now. It is a bittersweet time. We so enjoy being together which means lots of tears on both sides when she has to leave again. This year we decided – was that we or me ? – that we would walk French Leave beach every day – except Sundays ! – and it gave us the opportunity to talk and also not talk – just to enjoy being together…….

So now she is gone and we have to make do with FaceTime – thank you for that at least…….

Keep everything crossed for us that dear Erika runs out of steam – watch this space……..

12 thoughts on “The rhythm of the summer in Eleuthera”