A passion for reading – my favorite pastime. 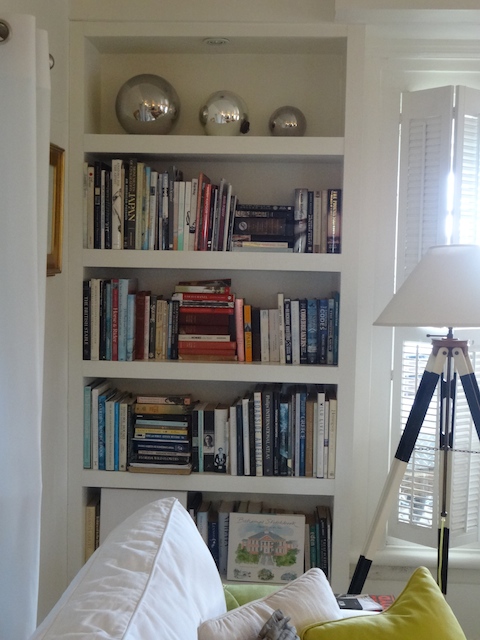 Ever since I was small my favorite pastime has been reading – I have a real passion for it.

Here in Eleuthera both Bob and I – also an avid reader – often spend the evening reading – so it is always a delight for me when a shipment comes in and has a few new volumes to sit on the pile of books waiting to be read.

Our house has built in bookshelves in the hallway, in the living room, in the bedroom as well as overspill in the rental houses. To me a house is not a home until it has bookshelves filled with books…..

Each of our rental houses at Governors Estate has a copy of the book Travels with Charley by John Steinbeck – I first read this book while having what was shaping up to be a disastrous holiday in France – but I read Steinbeck’s words of wisdom about every trip having it’s own volition and to learn to enjoy what was actually happening rather than getting angry because things were not going according to my own plan. I learned to open up to who I was meeting – the car repair man and his family ! – and where I actually was rather than where I thought I should have been and you what – it was wonderful !

My passion is not just the reading – it is also the books themselves. I don’t have a Kindle or download books on to my iPad – I love to have the book in my hand and on my shelf.

So recently I have been reading ‘The Mockingbird Next Door” – a work of non-fiction by Marja Mills who went to live next door to Harper Lee – the writer of one of my favorite books of all time – To Kill a Mockingbird.  Mills moved in next door to the Lee sisters and the book is an account of the friendship that developed – and of the tales of life in the Deep South during the last century.

It has made me put To Kill a Mockingbird onto the bedside table pile of books to be read again. I never understand people who don’t like to re-read books – if it is a good book I gallop through it – absorbing the story first and then I go back later to re-read it and relish a lot of the nuances and language that I missed the first time around.

The one book I re-read again immediately was Steinbeck’s East of Eden. Bob had told me for YEARS that I must read this book – and if there is one thing that puts me off it is being told I MUST read something – or watch something ! – so eventually I got over this and absolutely devoured the book – sensational – but I knew that I had missed so much of the joy of Steinbeck’s writing so back to the beginning ….

A couple of months ago I read Wind From the Carolinas by Robert Wilder. Personally I found it a bit of a potboiler saga but what was very interesting was the historical context of the Bahamas where the book is set.  It highlights the economic ups and downs of the Islands and that direct relationship to events happening in the rest of the world – the War of American Independence, the abolition of slavery, the American Civil war, and on to the bootlegging era. I am pretty sure that anyone here in Eleuthera would find a copy at the wonderful Haynes Library.

Also set in the Bahamas is the great little book called The Out Island Doctor by Evans Cottman. It is the story of a man who became a medical doctor after the Second World War and these are his hair-raising adventures in the Out Islands. Again I’m sure the Haynes Library has a copy of this – if not it is – like all the books I have mentioned available from Amazon.

The last book I am going to mention – not ever ! – is Daughter of Empire written by Lady Pamela Hicks – the mother of the lovely India Hicks who of course lives up in Harbour Island. Incidentally India writes a terrific blog – it is pretty much the only one I follow regularly. She writes with great wit and humor – I will never forget her saying what a waste it would be if the plane she was on crashed as she had just had her legs waxed !!!

Anyway – back to the book. It is the memoir of Lady Pamela – daughter of Lord Mountbatten and it is a fascinating read – I highly recommend it …….

PrevHow to go from liking to obsession in a few easy steps !
Best of Eleuthera – Haynes Library Governors HarbourNext

2 thoughts on “A passion for reading – my favorite pastime.”