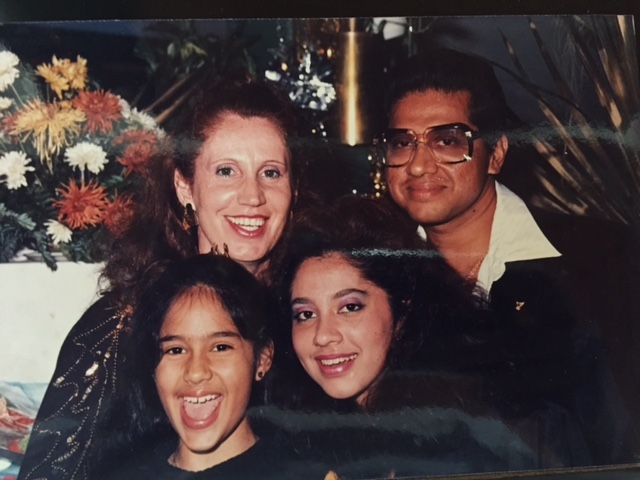 Back to the series the Best of Eleuthera – this week featuring Dr Cliff Bacchus. Now retired from Government service but with a thriving private medical practice right here in Governors Harbour.

Dr Bacchus had always wanted to one day open his own private practice and after he retired in 2002 that is exactly what he did. Always having had a deep interest in alternative medicine and treatments he now specializes in acupuncture, Chinese medicine and pain management – using the best combination of both traditional Eastern medicine as well as Western drug therapy to suit his individual patients.

The powerful sense of trust that people have in Dr Bacchus has grown from the 28 years that he served as the local doctor from 1974 until 2002- which means that when he tells you that acupuncture is going to really help you – you know that you can believe in what he is saying and doing.

Pain relief – whether emotional, physical or mental – is something that everybody needs at some stage in their life and Dr Bacchus has always had a deep interest in helping people manage their pain. In the early 1980’s he used to do a lot of counselling and also held meditation sessions as well. These days it remains a pivotal part of his practice both here in Governors Harbour and also in Spanish Wells where he has 2 clinics a week.

Now let’s have a bit of background history !

Dr Bacchus was born and grew up in Guyana – also a former British colony – they achieved independence in 1966 seven years before the Bahamas. He lived in the countryside and used to see the doctor being driven around the island in a nice car – stopping at houses where there was a white flag outside – the sign that someone in the house needed to see the doctor. Phones were extremely rare and this was a good way of getting the message through ! So the young Cliff Bacchus thought that a doctor’s life looked pretty good ! An early interest in politics led him to a position as secretary of the Socialist Party in Guyana and at the age of 22 he was given a scholarship by the Soviet government to pursue his seven year medical training in Moscow.

Whilst in Moscow he met his beautiful wife Olga – she was training to be a dentist at the same time – and they married in Moscow. They met – he told me on a Saturday afternoon on University Avenue, Leninski Gori – not bad remembering that after all these years ! Angelika Bacchus their elder daughter- who many of you will know from the Beach House – was born in Moscow in 1968 – I had never realized quite what an exotic creature she is !

After Cliff had finished his training and internship in Russia in 1972 they moved back to Guyana. It was not a simple process – marrying his Russian bride was easy – trying to take her and daughter Angelika to Guyana was anything but ! Eventually they succeeded and Dr Bacchus worked for 2 years in a hospital in Guyana specializing in obstetrics, gynaecology and surgery.   Through word of mouth he heard of a position in the Bahamas – he assumed it was in hospital in Nassau and was less than thrilled to discover it was a position for general medicine in the family islands – Governors Harbour Eleuthera to be exact. But lucky for us all he fought the urge to leave straight away and the family  – made their home in what is now the Haynes Library during 1974. In 1977 second daughter  Melinda came along – I asked Dr Bacchus whether he delivered her himself – but he didn’t – she was born in hospital in Nassau…..

Olga Bacchus became the government dentist at the Levy Clinic in 1975 and was there for 35 years – only retiring in 2010.

Dr Bacchus’s interest in alternative medicine was always there – he used to see how bush medicine was used back at home in Guyana, he also saw the use of herbal medicine in Russia and of course also saw the use of bush medicine here in the Bahamas. During the 1980’s his interest grew and he read voraciously and managed to fit in studies in Toronto for acupuncture and Chinese medicine in the 1990’s.

His interests were firmly rooted in liaising between the community and the medical services and he achieved many honors through his work. He told me that one of the highlights of his career was being able to establish in 1987 the Health Association of Central Eleuthera and through his work with the Kiwanis they provided the first ambulance for HACE. He was also key in setting up the blood drives – still held twice a year – under his aegis at the local Masonic Lodge.  He was voted Physician of the Year in 2000 and served at a national level as Consultant to the National Health Commission from 2004 – 2006 – quite a career !

I asked Dr Bacchus what was one of the lowest points in his time as the doctor here in the community and he told me that one Christmas Eve – the clinic was closed for repairs – and he was working from a building on the Cay – there was a serious road accident with 5 badly injured people and the weather too bad to allow any flights off the island. Facilities in the building were very poor but amazingly they all survived and the doctor and his team managed to stabilize everybody until the weather improved and they could be flown off the island……

Dr Bacchus is an author as well – having published 4 books already and another one on the way – but that part of the story will have to be another episode !

Ask Dr Bacchus when he will retire and he will tell you never ! – He loves what he does – and is very good at it as well – so we can all look forward to many more years of his skill and wisdom.

Thank you Dr Bacchus for all that you do……..