Lots happening this week in Eleuthera….. 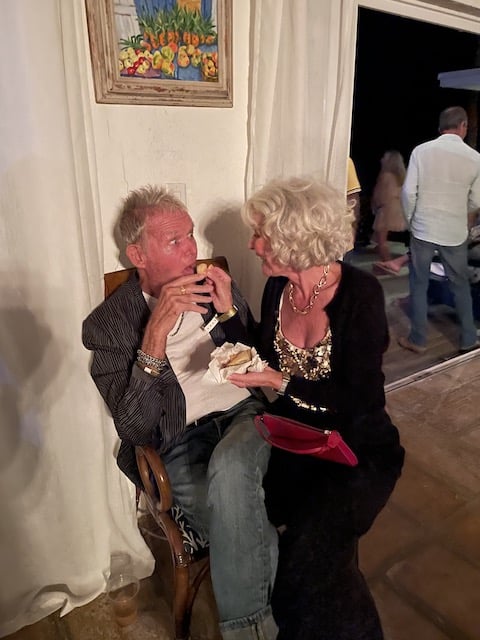 There has been lots happening this last week here in Eleuthera – so plenty to tell you about ….

Firstly I want to elaborate on the dental clinic in Gregory Town – I went up last Thursday to get some fresh pictures and catch up on progress. Well what I saw was truly exciting and uplifting. The company that has partnered with the GloGood Foundation and Let Love Rule Foundation is Henry Schein – a very large company that supplies dental products as well as other medical supplies around the world. They have donated a large amount of supplies to the clinic and most generously a state of the art system complete with a 3D printer that produces beautiful and amazing quality dentures. I spent time with Gerard Meuchner who is the Chief Global Communications Officer for Henry Schein Inc and he talked me through this fabulous piece of technology. So the people of Eleuthera have a chance to get literally world class dentures – for free !

Being in the clinic , seeing and feeling how uplifting the atmosphere was and watching how at any given moment the volunteer dental and medical professionals would break off and suddenly dance around if a really good song came on the music system was a true delight. Philanthropy in business is an important aspect for the company image – but to experience the true joy that Henry Schein Inc was bringing to everyone concerned – patients and staff alike was just wonderful. We salute you and send our deepest gratitude for your kindness and generosity. There was a woman there who got her dentures on the first day of operation who will now be able to smile at her daughter’s wedding – which her daughter delayed for 3 years – until her mother got her smile back….

The system can produce 10 sets per day – the mouth is scanned and impressions taken, the information is sent electronically to a center where any adjustments need to be made – in this case the scans were sent to South America – and then within an hour the dentures are being printed out on the 3D printer and fitted to the patient – incredible.

The clinic finishes this week and I hope to be able to bring you later the number of patients treated as well as other details – but in the meantime rest assured that there are a lot of happy smiling people in Eleuthera who were not smiling before !

Friday evening last week was the Police Force Tree Lighting Ceremony as well as a fun filled evening to which there was a large turnout of both children and parents. We donated all of our Christmas inflatables to the police and it was a delight to see them being enjoyed by so many. There was a popcorn stand, a cotton candy stall and all sorts of other attractions. Several fire trucks turned out as well – decorated with Christmas lights and they gave the children rides around sitting in the truck ! Funds had been previously raised as well to buy presents for all the local children which they thoroughly enjoyed as you can imagine. Paris, the daughter of Jennilee who runs our office for us was given a microscope – what a great gift ……

Chief Superintendent Shanta Knowles and her team of officers did a wonderful job organizing the evening which is being repeated in settlements the length of the island before Christmas. It is heartwarming to see the community being drawn together with evenings such as these……

Finally there was a Beach House Revisited Party on Monday night – back at the Beach House which was specially booked out for the party. There were at least 200 people there – food done by both The Buccaneer and Bacchus Fine Foods and there was a great bar as well. There was a Junkanoo Rush – which was even more entertaining to watch than usual as they rushed around the pool on a fairly small deck – but amazingly no-one fell in the pool and they did a fabulous job. There was live music and fireworks….. Of course we left by 9.30 – pretty late for us ! but the party went on until midnight. It was great to see lots of people we hadn’t seen for a while and catch up on a lot of stories of what has been going on for them. Tales of woe and joy in fairly equal measure but that is the story of life – right ?

On Wednesday 14th December – yesterday if you are reading this on the day it is published – Bob and I celebrated our 28th wedding anniversary as well as celebrating 18 years on the same day since we moved to Eleuthera. We talked about some of the changes that have happened in those 28 years – not least our move here and all that has transpired . Here we are living in our beautiful new home gazing at the Atlantic Ocean and admiring the reflection of the moon on the water and marveling at how lucky we are to have found each other and to have found Eleuthera…..

Have a great weekend and don’t get caught in a trap of Christmas frenzy – just enjoy what you can, do what to can and forget about the rest……

By the way my dear friends – we want to buy a simple telescope on a stand to have a better look at the ships that go by. The binoculars are a bit wobbly and not strong enough for the detail we would like to be able to see – any recommendations ? Any suggestions gratefully received thank you …..

4 thoughts on “Lots happening this week in Eleuthera…..”