The History of Buena Vista up to and including today ! 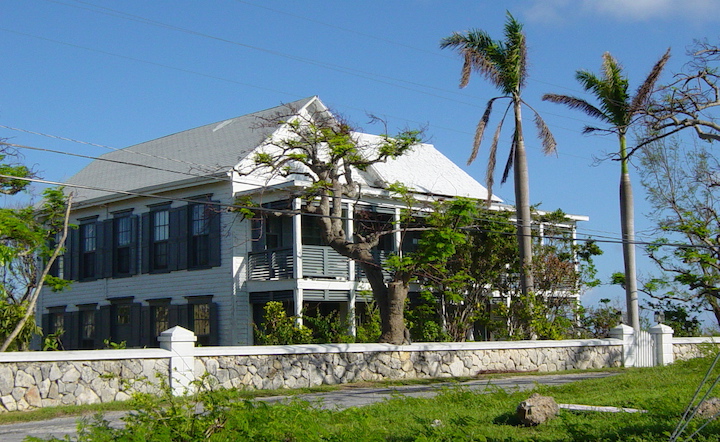 Well if you believe the title – the history of Buena Vista up to and including today – then you are more gullible than you look ! Well we do have plenty of the history and some educated guesses as well – so here we go …..

Bob and I bought Buena Vista – which as you know I laughingly call Colman Towers – in July 2004. It was on the verge of collapse – the house had very old collapsing foundations – stone pillars in the corners with timbers stretching across them – and the timbers had all rotted. So there first job for Bob was to jack the corners of the house up -and replace and re-inforce the foundations.

My first job was to talk to the spirit of the house – which for me has a female presence – and to tell her that we were going to give her a new lease of life and that she would be beautiful again. That she would rise again in her beauty and go on to make more people happy both in the present and the future.

I have been very interested in the history of the house which has been fairly shrouded in mystery – but thanks to Tracey Knowles – daughter of Norma Johnson – nee Griffin and her family connections and also our lawyer Anne Darville Wells – who has provided me with copies of the old conveyances we are unravelling the story.

Never one to start at the beginning let’s start with what we knew already. At some stage it was the family home for the Griffin family – not the branch of the family that Lawrence, Norma, Brenda etc come from – but their cousins. They lived there until either the very late 1950s or early 1960’s. We know from the conveyances that Sir Harold Christie – of HG Christie fame and Lord Cowdrey owned the house from 1962 until 1973 when it was purchased for $50,000 by the Burns family. I need to double check but I am pretty sure that it then sold sometime in the late 80’s or early 90’s to Mary Smith who we purchased it from

But the earlier years are what interest me.

There is some speculation that their son Thomas Japheth Griffin who was born in 1850 may have built the house – but this would put the building of the house at around 1870. Bob and I both think that the house is a good bit older than that.

Both of us have had plenty of experience renovating old houses – even before we met it was what we both did. And the signs are that the house was built even before the beginning of the 19th Century. The original house looked down directly into the Harbour. The staircase was in a different position to where it was when we bought the house. The evidence is there in the way that the wooden walls are diagonal in what is now a powder room on the ground floor.

What is our sitting room and master bedroom were a later addition to the house – probably in the late 1800’s. The roof is almost certainly not original as the timbers are the same throughout the roof space – not showing the addition that happened in the late 1800’s. This is almost certainly because at some stage during it’s life the house had a completely new roof. This could have been the result of hurricane damage most likely.

Clearly the house has stood strong and firm throughout the many hurricanes the island has seen during the years – Bob thinks that the construction of the house – without solid foundations all around allowed the hurricane winds to blow through the lower level while the foundation piles in the corners kept it anchored.

We can personally testify that the house did move in hurricanes – we experienced that ourselves during the 2 hurricanes we have been in the house for ….. Terrifying I can tell you !

As a result of that we decided to make an addition to the house ourselves and move the stairs to a third location. Originally the footprint of the house was an oblong – the later addition made it L shaped – and then we added on the missing part of the L to make it into a square.

All old houses pretty much evolve with the years and as the occupants needs change – rarely are old houses in the original state. I hope to be able to put together a joining of the pieces of the history of Buena Vista that can be passed on to the whoever the new owners will be in time …… We are all conscious now of the value in being able to trace back both the people who live in historic houses as well the story of the development of the actual house.

Hoping that you are all keeping safe and well – and wishing a belated happy birthday to Frank Fatoric – hope you read this blog to the very end Frank !!!

I want to thank you all for the wonderful comments and messages that you left on last week’s blog. Absolutely lovely support and goodwill – thank you again…….

PrevChanges at Governors Estate and other news
Great New Beach Gear and what fresh hell is this !!Next

7 thoughts on “The History of Buena Vista up to and including today !”